A Short History Of .NET 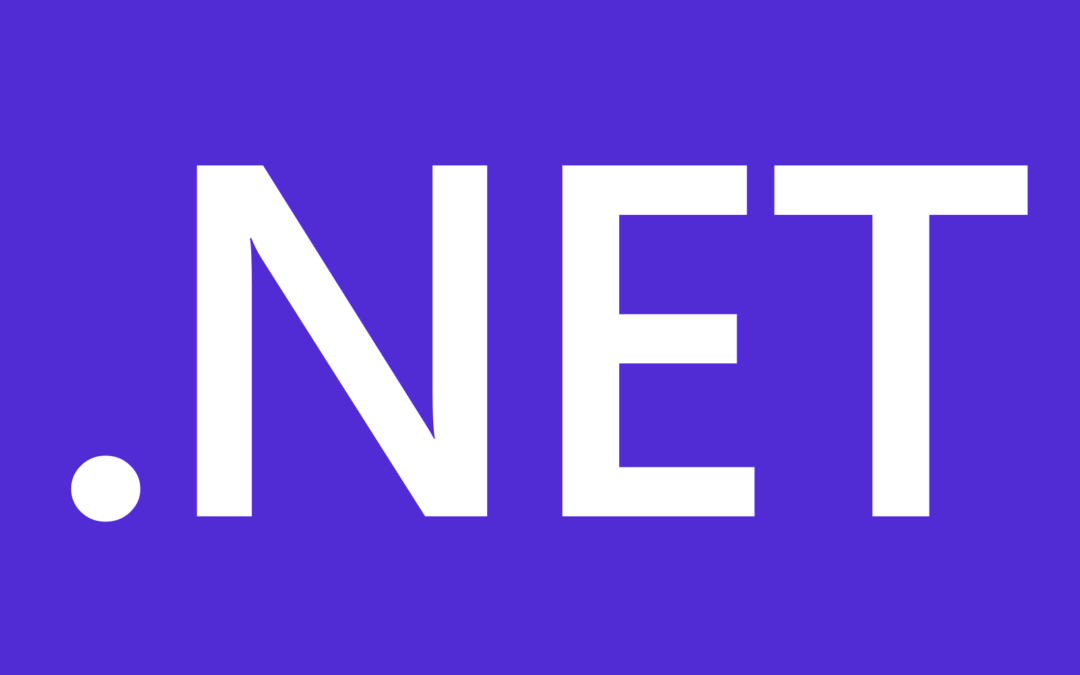 .NET is a managed software platform which allows to run the same compiled program code on multiple hardware-platforms and operating systems. The way this works is that the source-code gets compiled to a special byte code called “Intermediate Language” (IL). On the consumer’s device behind the scenes this IL code gets compiled to machine code by the “Just In Time compiler” (JIT), and finally executed.

This post only covers .NET implementations/concepts that are still relevant for current desktop-, web- and mobile-app-development and does not claim to be exhaustive.

The original implementation of .NET which was first released 2002. You can take a look at its source code under the “only-look” Microsoft Reference Source License.

Today it is effectively in maintenance mode. Microsoft announced that .NET Framework will be supported as long as Windows will be supported – read: forever. But since 4.8 only bugfixes and security-updates will be provided. New features and innovations will go into “.NET”, as its successor is simply called.

Mono is the open source implementation of .NET Framework first released in 2004. It was started by Miguel de Icaza who until this day is part of this project and works at Microsoft. It’s still in active development, unlike .NET Framework.

In the first years Microsoft was fighting Mono with copyright claims, but in 2006 Microsoft and Novell – Mono’s owner at the time – settled this with agreements. Finally, in 2016 Microsoft bought Xamarin, the company developing Mono at the time and fully embraced it within their .NET tooling and platform.

Mono will be unified with .NET under the name .NET 6 in November 2021.

NuGet was introduced in 2010 as a Visual Studio extension to add libraries from an library-server to your projects instead of copying DLL-files around.

Initially NuGet used a separate XML-file called packages.config to store referenced NuGet packages information. This is now deprecated and superceded by PackageReferences inside of .csproj-files. This has the benefit of being better integrated with the build toolchain and therefore causes less problems.

Enables you to develop Android, iOS, Windows and Mac apps with .NET. It is built on top of Mono.

Part of Xamarin is Xamarin.Form which provides you with a MVVM framework working on all supported devices. Think of it as the “Crossplatform WPF“.

Unfortunately it has its own dialect of XAML which is slightly but noticeably different that the original WPF one.

Coming with .NET 6 Xamarin.Forms will be superseded by .NET MAUI – the refactored/improved version of Xamarin.Forms.

Before .NET Core (see below) came around, writing cross-platform apps was already somewhat possible. But due to .NET Framework being designed for Windows, its API was to some extend Windows-specific. But calling a Windows API on Android would make no sense or cause an error. So the Portable Class Library concept was introduced.

Portable Class Libraries (PCL) specified sub-sets to the Base Class Library that developers were allowed to use. Those sub-sets were called “profiles”, which were predefined by Microsoft. If you wanted to run shared code on selected platforms with limited BCL implementations – i.e. Android apps and Windows 8 apps – then you would need to select the right profile at the project level.

It followed the concept of the least common denominator: if 1 from 5 target platforms did not support an specific API, the developer could not use this API on any platform. This way, writing library code was more and more difficult as even heavily used APIs would end up being filtered out.

Nowadays you can practically forget about it, but its successor, .NET Standard, is still relevant today.

In 2015 Microsoft started to reimplement .NET Framework under the name .NET Core. The reason were slow advancements in terms of performance and efficiency due to compatibility concerns and being actually part of Windows itself. And it only ran on Windows.

This should all be overcome by .NET Core.

First off: .NET Core is cross-platform: it runs on Windows, Linux, MacOS – with official support from Microsoft.

With .NET Core Microsoft was able to break free from aforementioned restrictions. .NET Core versions can be installed side-by-side, and programs can even be self-contained, not requiring a global .NET Core install at all. So backward-compatibility issues are not a problem anymore, as they can be worked around by the developers.

This also enabled and still enables huge performance improvements, version by version. It’s often more than 2x as fast as the latest .NET Framework 4.8, sometimes even almost 100x! This is possible due to allocation free code-path rewrites, more efficient memory access patterns, and fixing longstanding (yet strange) bugs, as there are no customers with old software relying on these bugs.

The 1.x versions only supported a subset of the pre-existing .NET Framework Base Class Library (BCL), limiting its usefulness.
Since 2+ the full (non-GUI) BCL is supported, which made using it with pre-existing libraries and source-codes in most cases a breeze (read: no source code changes).

From version 1.0 to 2.1 .NET Core only supported console- and web-apps.

In 3.0 support for WPF and WinForms GUI apps was re-added – but Windows only.

Also in 3.0 it was made possible to use .NET in the browser with Blazor. Blazor is a Single-Page-Application framework like Angular or Vuejs, but instead of using JavaScript it’s running on .NET – on WebAssembly if you configure it this way.

To bridge the gap in supported Base Class Library APIs between .NET Framework, Mono, and .NET Core, the .NET Standard concept was introduced.

There are multiple versions of .NET Standard, specifying an API surface supported by specific implementations of .NET, like .NET Framework, Mono and .NET Core.

Nowadays there are only 2 versions of .NET Standard relevant:

It’s important to note that with unified .NET, .NET Standard itself is going to disappear slowly. As the usage of .NET Framework and previous .NET Core versions will be further declining, more and more software projects are either started on .NET 5+ or being migrated to it.

The first version of .NET was introduced as .NET 5.
Instead of naming the successor of .NET Core 3.1 “.NET Core 4”, Microsoft went with “.NET 5”. Removing the “Core” suffix is due to

See here to find an official introduction into .NET 5.